An initiative that aims to raise millions of dollars to finance water projects is set to issue its first certificates ahead of its official launch next month, Environmental Finance can reveal.

Whave Solutions is a non-profit Ugandan service company. It works in over 200 rural communities in Eastern and Central Uganda providing service agreements which assure that clean water systems operate reliably and expensive breakdowns are avoided. Technologies include ground-water pumps and village purification plants. The Whave Safe Water Security program works with local government to transform sanitation and hygiene conditions, and to build a sustainable structure for reliable clean water supply.

The project provides over 100,000m3 of safe water a year and generates over 100,000 certificates each year.
Revenue from the certificates is used to incentivise communities and local micro-utilities to adopt sustainable systems, to train local organizations to operate as rural water service utilities, and to build public-private partnerships throughout the country.

The sustainable sugarcane initiative can reduce by 90% the amount of water used by sugarcane farmers in India.

Traditionally, farmers save between 10% and 20% of their harvest as seed cane for the following season, and need to flood their fields to encourage germination.

But nurseries can develop seedlings much more efficiently using less water and requiring less of last year’s crop to be set aside for planting.

Through revenue from selling the certificates, AgSri hopes to expand the number of farmers using the technique to 20,000 in five years.

The project is audited by SGS.

The Gold Standard’s Water Benefit Standard (WBS) is a results-based financing mechanism that claims to be the first global standard to define best practice for, and certify the positive impacts of, investment in water projects.

Each certificate will represent a specific volume of water that has been sustainably supplied, purified or conserved by the project. Certificates can be bought to provide an annual revenue stream to help fund the project. Each WBS project must show a clear financial need for additional finance to help it scale up.

There are already some established water initiatives, such as the CEO Water Mandate and the Alliance for Water Stewardship, but WBS will be the first to finance new projects rather than verify the impacts of existing projects, claimed Sascha Lafeld, CEO of First Climate, which kickstarted the programme in 2011.

“Other schemes focus on certifying existing water management at corporates,” he said. “But we are looking at triggering more investment for new projects – that’s the main difference.”

The first certificates under the initiative are expected to be awarded to two projects in coming weeks. One of the projects provides clean drinking water in Uganda, and the other is a water saving initiative for sugarcane farmers in India.

The initiative will be launched on 3 September at World Water Week in Stockholm, Sweden.

Since its conception in 2011, numerous public and private sector partners have been involved in its development, including Bayer, Nestle, Carlsberg, Munich Re, Coop, and the World Wildlife Fund for Nature.

The initiative has taken many learnings from the voluntary carbon markets, said Lafeld. For example, it will have regular independent monitoring, reporting and verification of project outcomes.

But one key difference is that the pricing of the certificates will be decided on a project-by-project basis, based on the amount of finance needed to stimulate investment in similar projects in the country.

In addition to this, carbon and water are inherently different – water always has a local impact, whereas carbon emissions are a global problem. As a result, this lack of comparability between water projects in different parts of the world means that buyers will not able to use terms such as “offsetting” or “water neutral”. 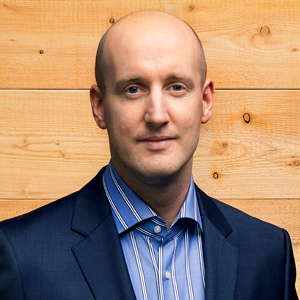 Lafeld expects buyers to be mainly corporates, especially those that are already investing in water programmes.

Two buyers for the first certificates are currently being lined up, and Lafeld is hopeful that they will be revealed at the initiative’s launch next month.

“It’s about taking lessons from carbon into water,” said Lafeld. “For buyers, it increases the certainty that the funding achieves results rather than providing upfront money and hoping the results will materialise.”

Lafeld believes that the market could grow to be bigger than the voluntary carbon market, which in 2013 was worth $379 million, according to Ecosystem Marketplace.

“I really believe that the potential of this market is much bigger than the voluntary carbon market,” he said. “Water is much more tangible and easier for companies to understand. Water is much more emotional compared with carbon.

“Corporates and development agencies are spending billions on water projects every year, and for them a results-based programme could be a blessing.”